It’s that time of the year again and this time, I decided to weigh in on it.

You guys know my stance on body image and the issues surrounding it, so it shouldn’t come as a surprise when I say I don’t believe it’s ever okay to bash ANYONE for looking the way they do, Victoria’s Secret model or not. Plain and simple.

I’ve literally heard it all when it comes to this time of year, and to be honest, the above are all probably put in a much more gracious way than I’ve seen on my newsfeed in the last few months. 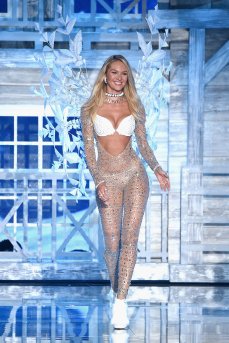 The most mind blowing thing is that most of these criticisms and accusations come from people within the fitness industry. An industry that prides itself of being supportive to those on their own ‘fitness journey’, an industry that encourages people of all shapes and sizes, and an industry that aims to build others up.

I can’t help but call the biggest load of bullshit.

I’m never going to look like a VS model, ever, and I assume the large majority of us are in the same boat. I have a super athletic build which includes thick legs, a thick core and an even thicker set of shoulders – THIS IS A-O-FREAKIN-K (it’s what I work for at the end of the day). And just because we have differences doesn’t mean I can justify, or that it’s okay, to make negative comments about their body composition because it’s not similar to my own or one that I aspire to be like. It doesn’t make me any less beautiful having these differences, nor does it make them any more beautiful than I. We are just different. Why do we somehow struggle with that all of a sudden when they pop up once a year?

They’re not flippin’ fitness models, people. End of story. They aren’t required to have #glutesthatsalute #thickthighsthatsavelives or #boudlershoudlers. They’re models, who strut on the catwalk with the job to advertise amazing clothing for the general population. I repeat, it is their JOB, and in my eyes, they look bloody fab doing so. So why, every single year do I see so much hate because they don’t look like Andreia Brazier? Why do I see so much body shaming because their ideals don’t align with your own? 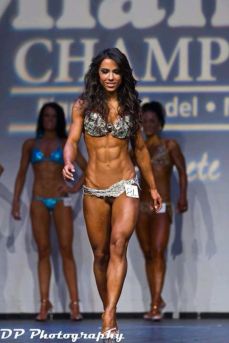 Andreia Brazier is amazing….. So is Kendall or Gigi.

Maybe they have a troublesome relationship with food.

Maybe they exercise a lot.

Maybe they just bloody look that magical all the time.

Maybe they just fit their fucking own.

If you feel the need to make a judgement tonight, that’s on you. If you disagree with me, that’s fine, but I encourage you to reflect on what message you are putting out – especially if you are in the fitness industry and especially if you have a strong female clientele.

Had fun pretending I was one for the WBFF stage.

“Acknowledging the beauty of another woman doesn’t take away from your own.”

3 thoughts on “No, I Don’t Want To Hear Your Negative Opinion On The Victoria’s Secret Models”